What is insulin? Secreted by the pancreas, insulin is a hormone that is responsible for making effective use of sugar from the carbohydrates that you take in for giving your body energy to carry out various tasks. It also helps in storing glucose for future energy requirements. Insulin is also responsible for maintaining your blood sugar levels – they play a vital role in keeping the blood sugar levels within a range that is neither too high or too low. Having know about insulin, did you know that insulin resistance can cause diabetics? Here we will see how insulin resistance operates in one’s body.

What is insulin resistance?

Insulin resistance is a health condition in which the cells within one’s body fail to respond normally to the insulin hormone being secreted. Several studies have found out that most people who suffer from type 2 diabetes often experience insulin resistance during the early stages, which often goes undiagnosed.

Here is how insulin resistivity should operate in the normal body – The pancreas secretes the hormone insulin when glucose is released into the blood stream after carbohydrates from the meal that you have just had is digested. The insulin secreted triggers cells in the body to use up this glucose to meet the energy requirements of the body, instead of using up fat for the same purpose. Thus, the concentration of glucose levels in the blood decreases and so the blood sugar levels in the body stays at optimum levels.

In case of a body which is resistant to insulin, this is not the case. When insulin is secreted by the pancreas, the cells in the body fail to respond and therefore do not absorb most of the glucose entering the blood stream to be used for energy. This in turn increases the blood sugar levels in the body which ultimately causes type 2 diabetes in the person.

Several studies have found out that patients who have recently undergone abdominal or bariatric procedures develop insulin resistance. However, the sensitivity to insulin return to these patients within a period of 5 days indicating that this type of insulin resistance developed is only for a short term and is probably the result of the operative procedure that they had undergone.

Insulin resistance has been widely reported in people who are obese. Therefore, if you are overweight, you might want to consider turning to a good diet so that you shed off a few extra pounds. Also, if it runs in your family, you could just inherit it! Therefore, check the possibilities, keep monitoring your blood sugar levels, regulate your diet. After all, good health is indeed the greatest wealth. 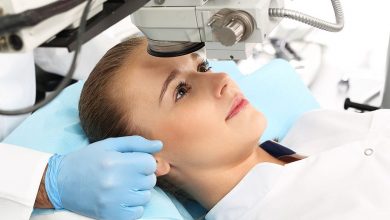 Opt your eyes with the best collections of lens

How to fight depression?

Would you opt for douching when you are pregnant?